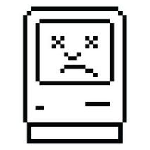 In November of 2015 the venerable, silent server that had delivered Artcontext for the better part of a decade finally failed. Fortunately, most of the important stuff was not lost.

The transition to a new server was not without some growing pains, however, because the old server was using a rather old version of the PHP language and the language has evolved in ways that break hundreds of the scripts that form the content of this site. I have been visiting the site and fixing things that are broken as much as possible, but I’m confident that there are many things I have missed.

Many of the artworks on the site relied upon the Java language, particularly those made between 1995 and 2003. Until approximately 2014-2015, it wasn’t clear how this content could be updated, but the advent of the P5 Javascript framework has opened some doors. I have been actively restoring a variety of works that relied on Java. To date, these include Culture Map, DraWarD, Commission Control, and Space Invaders Act 1732. A rewrite of Open Studio is also underway.